Mother’s Ruin to Top Tipple: A brief history of gin in the UK

From medicinal uses to being brewed in bathtubs through to being infused with Rhubarb and Ginger and served in top bars, hotels and restaurants throughout the world, gin has come a long way over the past 300 years. 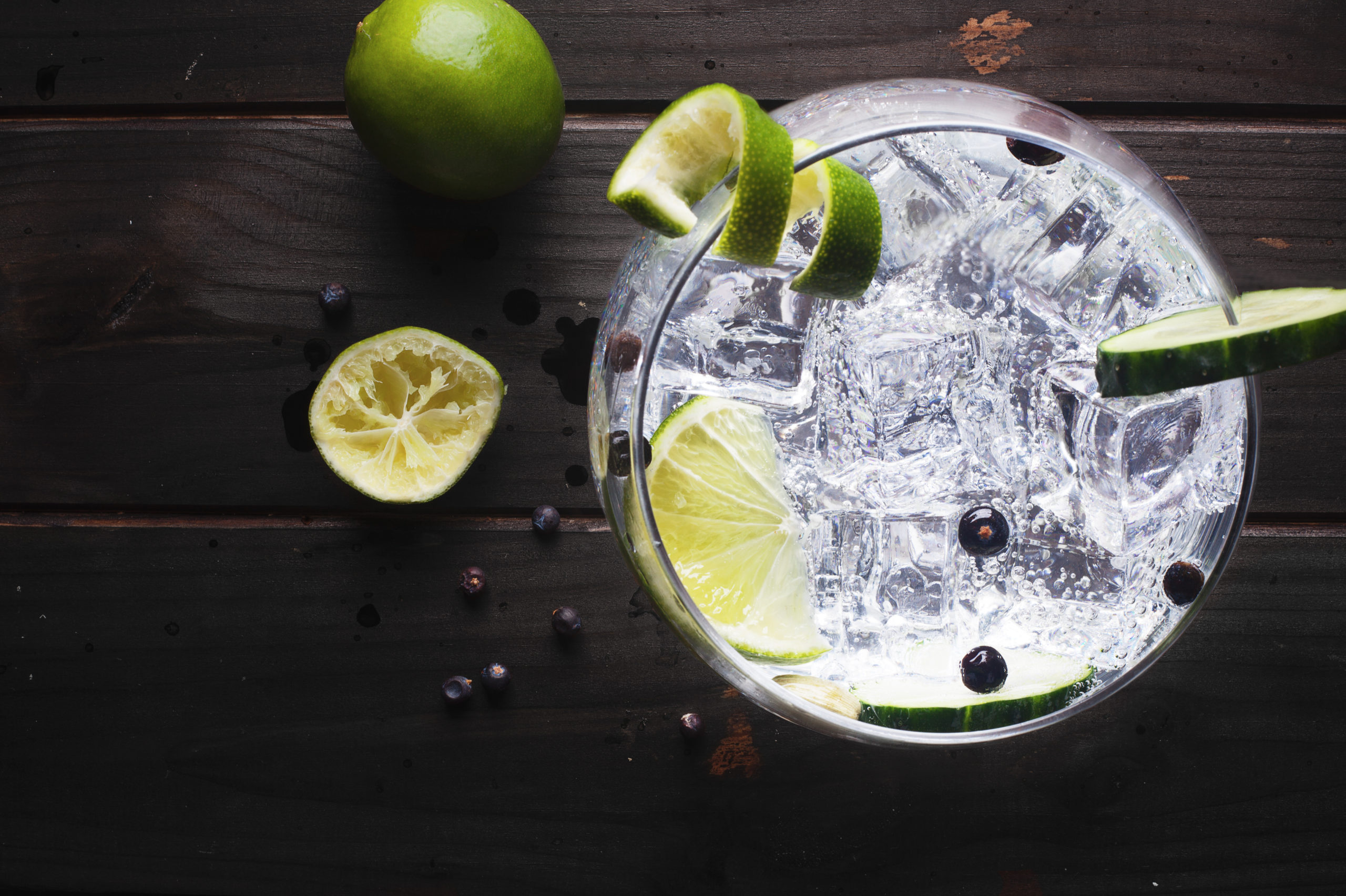 Today, our bars, pubs and supermarkets seem to be full to the brim with different brands and flavours of gin, there are festivals devoted to the spirit and social media accounts dedicated to new gins and cocktails; it’s safe to say that the British public are true fans of this classic spirit. But it hasn’t always been that way. As one of our most popular uses for our spirit bottles is for gin, we take a look back at its legacy. From its early beginnings used in medicine, to back-alley concoctions, being dubbed ‘mothers ruin’ and the origins of the phrase ‘dutch courage’, we’ll take a look at gin’s infamous past and bright future.

Did you know that the word gin comes from the dutch word ‘jenever’ which means juniper?

Juniper has been used for centuries to ward off diseases and ailments. The Romans burned juniper branches for purification and medieval plague doctors are said to have stuffed the beaks of their masks with juniper to protect them from the Bubonic Plague (The Black Death).

Many believe that gin dates back to the middle ages with references found within 13th Century Flemish manuscripts to a spirit flavoured with “jenever”. Apothecaries are said to have handed out juniper spirits for coughs, pains, ruptures and gout to name just a few. Jenever became popular in Europe – medicinal alcohol turned into a leisure drink.

By the 1700’s, English soldiers fighting in the Thirty Years War in the Netherlands dubbed this spirit ‘Dutch Courage’ because it helped calm their nerves before battle. The soldiers that returned to England sang the praises of ‘jenever’ and brought the Dutch gin back to the UK, then shortened the name to ‘gen’ which soon became ‘gin’.

When William III came to the English throne after leading the Glorious Revolution, his tax on cognac, designed to disadvantage the French, coincided with the increase of tax on spirit producers in England which meant gin was far cheaper than Beer. William III also instituted The Corn Laws in England, which gave tax breaks on spirits production, resulting in a free-for-all for distillers. In essence, anyone could brew and sell gin.

Due to this, the ‘Gin Craze’ took over England, where a pint of gin was cheaper than a pint of beer. In the 1700s, many experts believe that as many as a quarter of households in London produced their own gin at home and in excess of 7,000 spirit shops opened up around London in order to meet the growing demands of gin drinkers.

Due to the water-borne diseases prevalent around London, gin also became far safer to drink than water for the poorer of society and as such gin soon became known as the ‘opium of common people’.

Many gins made in these back-alley shops or in people’s homes in bathtubs were distilled with things like Turpentine, sawdust and Sulphuric Acid, with sugar being used to mask the taste of the gin itself. (In those days, Gin was far sweeter than it is today.) These added ingredients could be toxic and lethal – death rates soared as people drank to excess.

The Gin Craze became so popular and out of control that parliament had to pass five major legislative gin acts in an attempt to rein in the population’s consumption of gin. These included outlawing unlicensed gin and spirits shops – charging a large fee for a distiller’s license, and adding a high tax onto the spirit.

As part of a campaign against the uncontrolled production and sale of cheap gin William Hogarth illustrated two etchings – Gin Lane – showing the breakdown caused by gin and sparking the nickname ‘mothers ruin’, and Beer Street – which illustrated a prosperous future should you swap your drinking to beer over gin.

A boost for gin came from an unexpected place; the Royal Navy. As the British Empire expanded, so did the threat of malaria on English soldiers and colonists. Quinine was a well known deterrent for mosquitoes, but tasted horrible. With the recent invention of carbonated water, quinine was used as a flavouring to create tonic water – making it more palatable. Sailors would carry gin instead of beer on voyages as gin was easier to store and didn’t spoil like beer. And so, the origins of the mighty Gin and Tonic we know and love today was born as an antimalarial, and became a distinctively British colonial drink.

Pink Gin, made with angostura bitters, was said to cure seasickness and was the popular ‘medicine’ of choice for those travelling home by sea.

Gimlets, gin mixed with lime juice, was said to be the best way to introduce vitamin c to those on ships to help avoid scurvy. Sir Thomas Desmond Gimlette (1857–1943) a Surgeon Rear-Admiral is often credited for creating the Gimlet as he served in the Royal Navy during the time when cocktails started to become popular.

In 1830 Aeneas Coffey created a new still (the Coffey Still or column still) that produced a cleaner, purer spirit, revolutionising liquor production around the world. Distillers could use higher-quality base spirits than before and produce refined, delicious gin known as the London Dry style.

The smoother taste of the distilled spirit allowed for the aroma of the botanicas to come through much clearer and stronger than ever before and companies started to develop gins with a wide variety of complex flavours.

Since then gin has gone from strength to strength with cocktails skyrocketing in popularity. From the first pop-up cocktail bar in London in 1851, to the Clover Club – the first gin cocktail in 1909, to the golden age of cocktails in the roaring 1920’s and 1930’s where drinks like Tom Collins’ and Gin Rickey’s, noted in The Great Gatsby, became hugely popular.

Today, gin is still a beloved tipple of choice across the world (and not because of its medicinal qualities), with top spirit brands constantly inventing new flavours, botanicals and ways to enjoy that quintessentially British spirit, gin.

At Glassworks, we are hugely proud of our range of spirit and tonic bottles that we create for a variety of Gin producers. Our Hermes and Terra Spirit bottles are our most popular choices for holding Gin due to their classic shape and clear crisp glass. Available from 200ml up to 700ml.

With Christmas coming up, those looking for glass bottles for a collection of miniature gin flavours, our Miniature, Hermes 50ml and Plomari are the perfect choices for gift bottle sets that can be used time and time again. To view our collection of wine and spirit bottles, click here.

For tonics, our 100ml Martel,  200ml Mixer Crown and 200ml Mixer MCA are the perfect solutions for this Gin accompaniment. To view these amongst our other soft drink containers, click here.

Explore our website to uncover more information on glass products, including glass jars, glass bottles, spirit bottles and glass containers. If you’d like further information or to see how we can help you, contact us today on: 01799 533 400 or email: info@glassworksinternational.com.

Discover more news from glassworks via the button below. 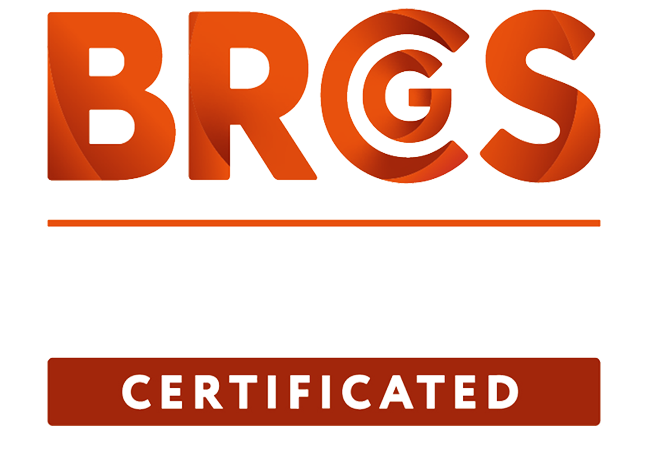